How do you get insights when people lie. - Medium HealthCare

Home » Insights » How do you get insights when people lie.

How do you get insights when people lie.

Yes, we lie. Most of us do. And we do it every once in a while, but not necessarily for the wrong reasons, and at times, not even knowingly.

In such a scenario, it boils down to our ability to unearth the truth simply because a research finding has the potential to offer an insight, only if it is truthful. Fortunately, with our experience of having worked on a large number of diverse research projects over the years, we have cracked the code.  We have learned, for example, that it helps to meet people at their work place, rather than in a hotel or at some other convenient location.

Here are a couple of tricks from our play book. 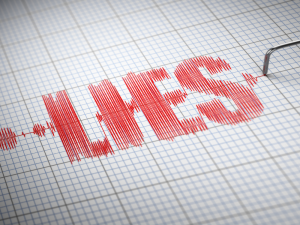 There are situations, when people lie to protect their reputation. No physician, for example, would ever admit recommending unnecessary tests! It is not to say that we don’t have physicians with impeccable integrity. One way to get to the truth has been to present such behavior as the norm, since it helps address the sense of guilt. In some other cases, speaking with others or simple observations have helped. For example, when a diabetologist denied prescribing a certain medicine because he wanted to project that he is in line with the global standards, talking to a few patients or a couple of chemists in the neighborhood gave us a completely different picture.

In yet another situation, when we were trying to understand the practice around linking dosage with a patient’s weight in the ICU setting, a few intensivists claimed that they had ways to figure out patient’s weight to arrive at the right dosage and they did it as a matter of routine. However, close examination of the ICU and scrutiny of ICU notes presented the real picture, which was quite different.

At times, we lie even without knowing it: what we manage to convey is quite different than what gets understood. In a study to understand patient experience, most of the surgeons claimed to have provided thorough counselling to the patients and their relatives at the time of discharge. A large number of patients however felt otherwise. They felt that it was rushed, and the surgeons left it to others to do the job. Frankly, you have communicated to a patient, only if she thinks so. Our ability to capture nuances of perceptions has often helped us find the reality behind the curtain.

It would be a lie if were to say that we get it right all the time, but honestly speaking, we are pretty much there!